What They Said Saturday: "I will write to you soon–if I can." 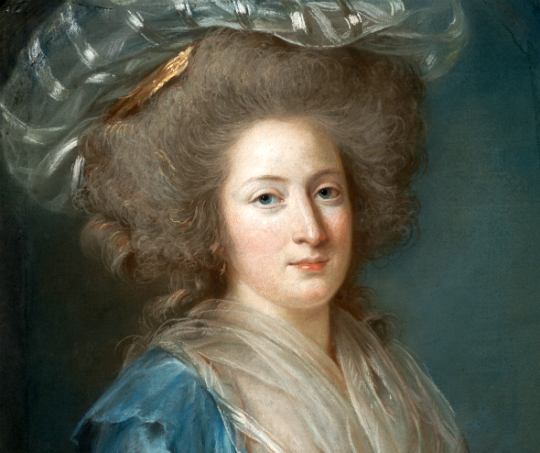 In the immediate aftermath of the royal family's failed flight to Montmédy, their friends and loved ones who either knew about the flight or had heard about it when the news broke out in Paris were left with great uncertainty as to the royal family's fate. As with any incident involving the royal family, rumors abounded. Were they to be killed? Imprisoned? As soon as they were able, the members of the royal family had letters sent (or in some cases, smuggled) out of the Tuileries to let their closet friends know that they were still alive. Uncertain--but alive.

On June 29th, Elisabeth sent this short note to the marquise de Raigecourt, acknowledging the uncertainty of their current position:


"I hope, my heart, that your health is good, and that it does not suffer from the situation of your friend. Hers is excellent; you know that her body is never conscious of the sensations of her soul. This latter is not what it should be towards its Creator, the indulgence of God is its only hope of mercy. I neither can nor will I enter into details as to all that concerns me; let it suffice you to know that I am well, that I am tranquil, that I love you with all my heart, and that I will write to you soon–if I can."


In a letter written to the marquise de Bombelle (her "dear Bombe") on July 10th, Elisabeth did offer some details about the recent events, remarking on the family's return from Varennes in the crowded coach with Barnave and Pétion:

"Our journey with Barnave and Pétion went on most ridiculously. You believe, no doubt, that we were in torture; not at all. They behaved well, especially the first, who has much intelligence and is not ferocious as people say. I began by showing them frankly my opinion as to their actions, and after that we talked for the rest of the journey as if we ignored the whole thing. Barnave saved the gardes du corps who were with us and whom the National guards wanted to massacre. "