Among the more memorable visuals from the recent docudrama Le Versailles secret de Marie-Antoinette (2018), which was released to coincide with the re-opening of the newly restored Queen's House at the Petit Trianon, was this homage to the most well-known (and infamous) portrait of Marie Antoinette 'en gaulle.' Or, as it has become known today, the the 'Chemise Portrait.' 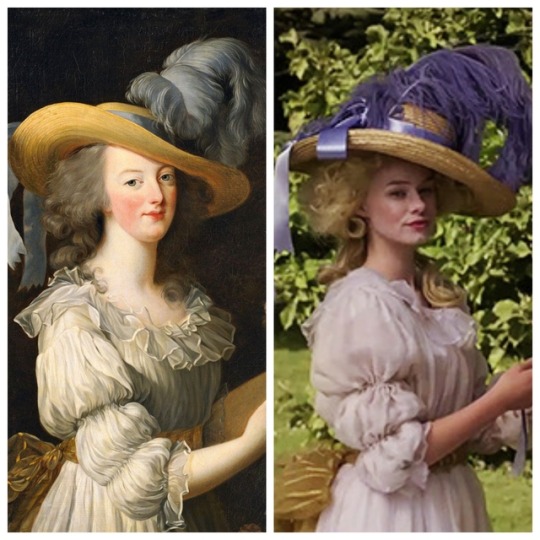 image: a side-by-side look at the chemise portrait and a still from Le Versailles Secret de Marie-Antoinette

The public display of this portrait caused a stir. One critic wrote of the portrait:

"Many people have found it offensive to see these august persons revealed to the public wearing clothes reserved for the privacy of the palace."

The contemporary criticism against the portrait 'en gaulle' was not just that the Queen was wearing these casual fashions at all (as critics hotly  remarked that she had been painted in her chemise, as in undergarments) but also that she dared to show herself wearing one in a public portrait display that was meant to be reserved for royal portraits which clearly signified the wearer's status through sumptuous clothing and other royal regalia. The unassuming portrait bears no markers of "queen" and indeed, if we did not know who the sitter was, it could be any one of the well-to-do women from this era who donned the soft white gowns that are today irrecoverably linked with Marie Antoinette through their name alone: chemise a la reine.
Posted by Anna Gibson at 2:39:00 PM