Women's History Month is at an end... but as always, you can expect plenty of content highlighting women of the 18th (and sometimes other) centuries on this blog. I decided to round out this month with a quote from one of my favorite 18th century women centric non-fiction books, Blood Sisters: The French Revolution in Women's Memory by Marilyn Yalom. 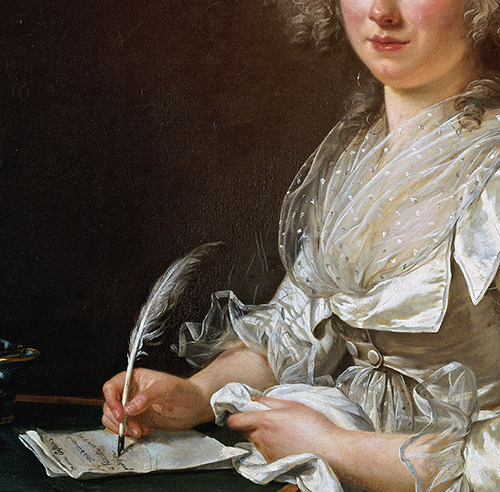 "Aristocrats and bourgeois women, royalists and republicans, even the few peasant and working-class women who dictated accounts of their experiences, all were bound together by a common nightmare. Whatever their political loyalties … a tragic note prevails. The experience of having survived when so many others had perished often produced what we in the twentieth century, in the aftermath of the Holocaust and Vietnam, have labeled “survivor guilt.” Their testimonials spring from an inner urgency to bear witness for those who had been silenced, and they derive their haunted grandeur from the pervasive mark of death."