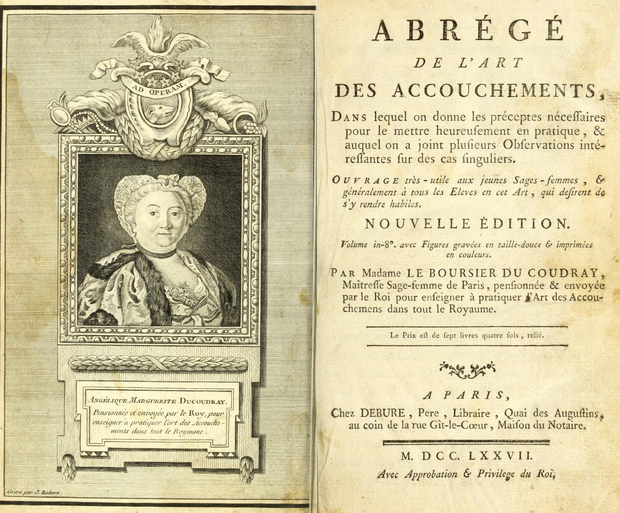 Madame du Coudray was a leading midwife active in 18th century France, who was famously commissioned by Louis XV to travel throughout rural France to help decrease birth complications and deaths by educating rural midwives. During her decades-long career, she helped train thousands of midwives, as well as male physicians and surgeons. Her work was one of the leading influences behind the shrinking mortality rate for pregnant women and newborns in France; after retirement, she received an extensive pension that was nearly an equivalent to the salary of a high-ranking general.

Madame du Coudray compiled her teachings in a manual (Abrégé de l’art accouchements) which was designed to be published and purchased cheaply for her rural pupils. Some later editions, such as this 1777 edition, came with color illustrations. The illustrations featured in the 1777 edition were done by J. Robert.

You can read Abrégé de l’art accouchements here at Archive.org
Posted by Anna Gibson at 12:16:00 PM