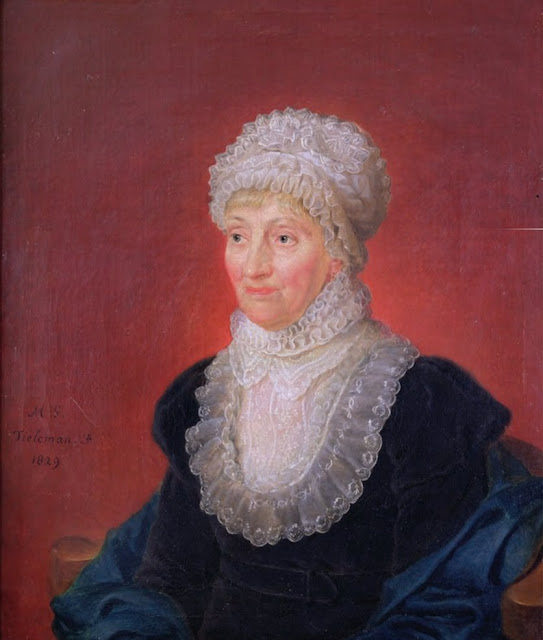 
On August 27th 1783, astronomer Caroline Herschel made an independent discovery of (to quote her brother William) a "very considerable, broad, pretty faint, small nebula" that would later become known as Messier 110 or M110. Today, M110 is classified as a dwarf elliptical galaxy that is recognizable for the dark, atypical dust clouds near the center of the galaxy. Thanks to the work of later astronomers, we also know today that most of the stars within M110 are about 500 million years old, though there are some young stars aged around 10-20 million years old towards the center of the galaxy.

Herschel was not actually the first astronomer to see M110; the first known observation was witnessed by Charles Messier, who observed it in August, 1773 but did not record it as an independent object. He would add it to his personal notes only in 1801, and eventually the object was assigned a Messier number (hence the name!) in the 1960s.

Herschel, however, was the first astronomer to make an independent documented discovery of M110, which added to her growing catalog of nebulae and other astronomical objects she discovered and cataloged during her decades-long work. 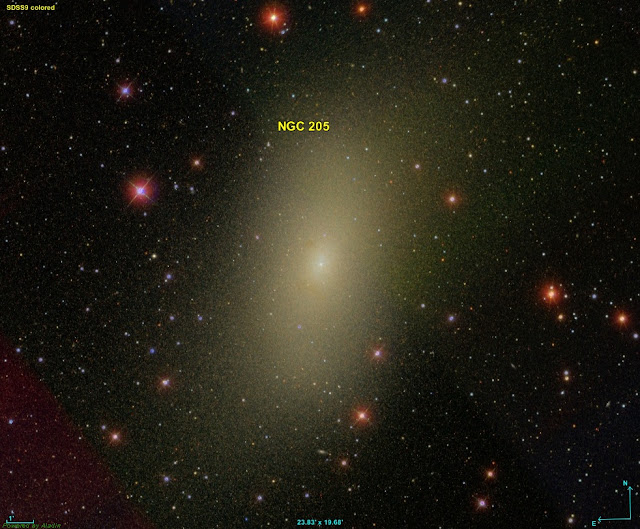