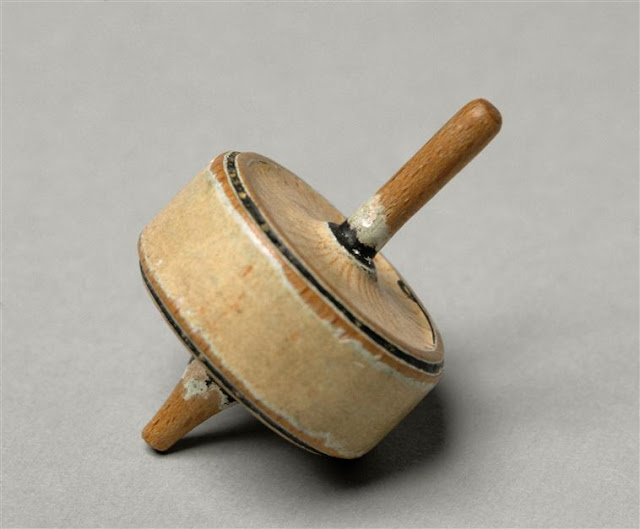 Louis Charles de France--or Louis XVII--played with this painted wooden spinning top while he and his family were imprisoned in the tower of the Temple in Paris. It was given to Louis Charles by Pauline de Tourzel, the daughter of the governess to the royal children of France, at some point before she and her mother were separated from the family. It was one of several toys that Louis Charles had the option of playing with during his captivity, at least until he was shut up in a solitary cell with little comforts. The top was given to Marie-Thérèse Charlotte after her brother's death and she, in turn, gave it back to Pauline when she was finally allowed to visit the young princess in the Temple. The top remains in a private collection today.