I've gotten a little behind in my blogging this month, so I haven't gotten to post as many spooky finds as I would have liked. That is why every day from now until October 31st will feature an October Offering! Happy Halloween season!


The Three Witches by Henri Fuseli 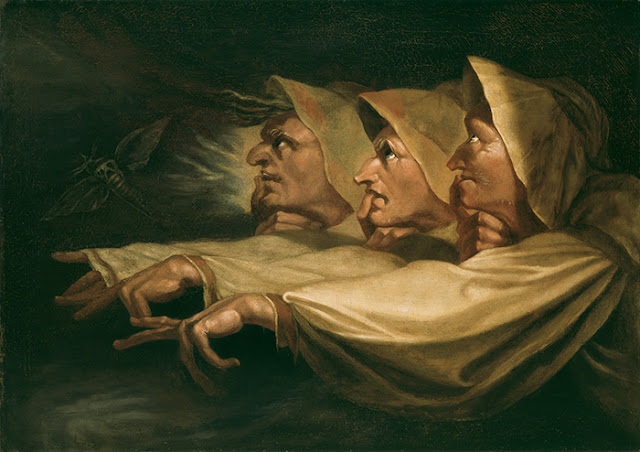 Henry Fuseli is one of the best known 18th-century artists to focus on supernatural and morose subjects, ranging from witches to nightmares to deaths and beyond. One of Fuseli's more striking works is The Three Witches, first shown in 1783. The three witches depicted are the famous trio from Macbeth, whose appearance inspired the character Banquo to call out: 'what are these so wither'd and so wild in their attire, that look not like the inhabitants o' the earth, and yet are on't?'

Fuseli created several different versions of this work, including several studies in preparation for the finalized paintings. The above painting, in the collection of Kunsthaus Zürich is a finished painting rather than a study. Of particular note is the eerie Death’s-head Hawkmoth in the corner, whose skull-like markings fit in well with the tragic and fatal themes of the play.

Some other versions of The Three Witches are below. Which is your favorite? 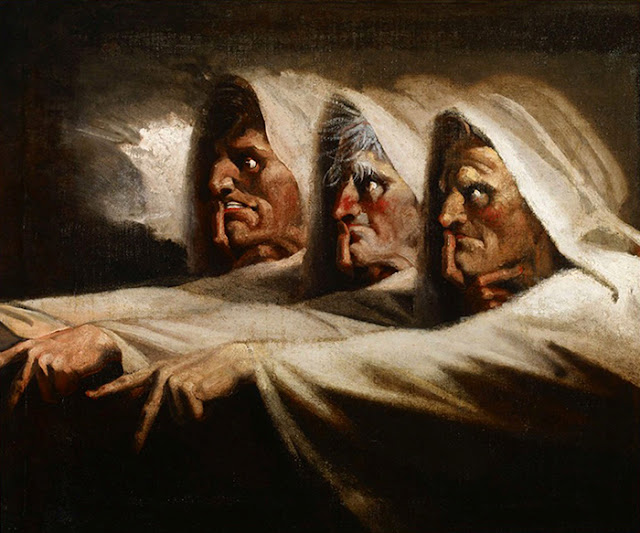 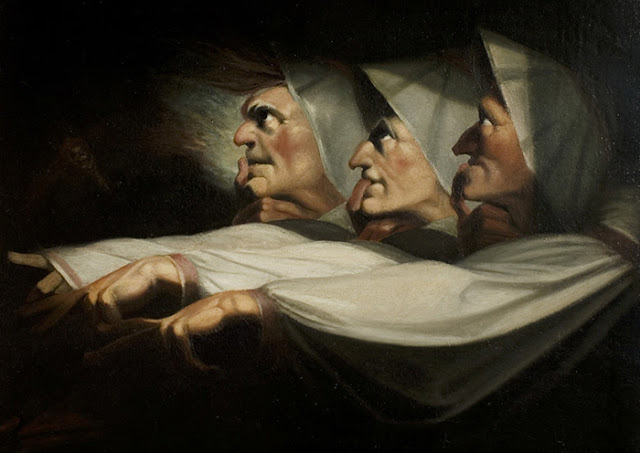 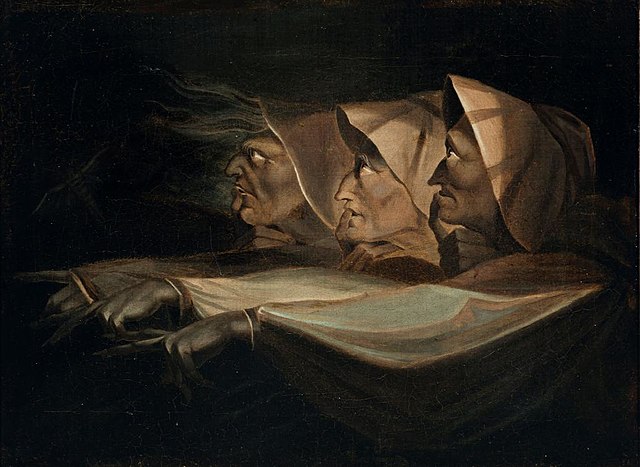