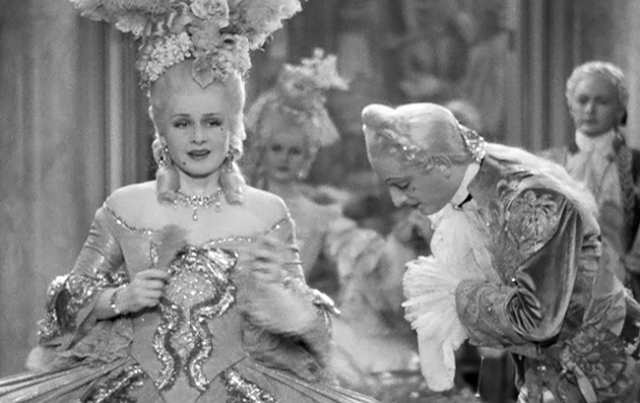 The gown is embroidered with intricate designs made with metallic thread, thousands of beads and jeweled flowers.

The color was described in a caption for Du Barry was a Lady as "pink moire taffeta."

The gown was featured in promotional shots for Du Barry Was a Lady, which featured costumes from the MGM film, but for unknown reasons the actual gown does not make an appearance in the movie itself. The gown was likely used in other films which reused the Marie Antoinette costumes, including Two Sisters from Boston, Scaramouche, and Ice Follies of 1939.

Its current condition and whereabouts are unknown. 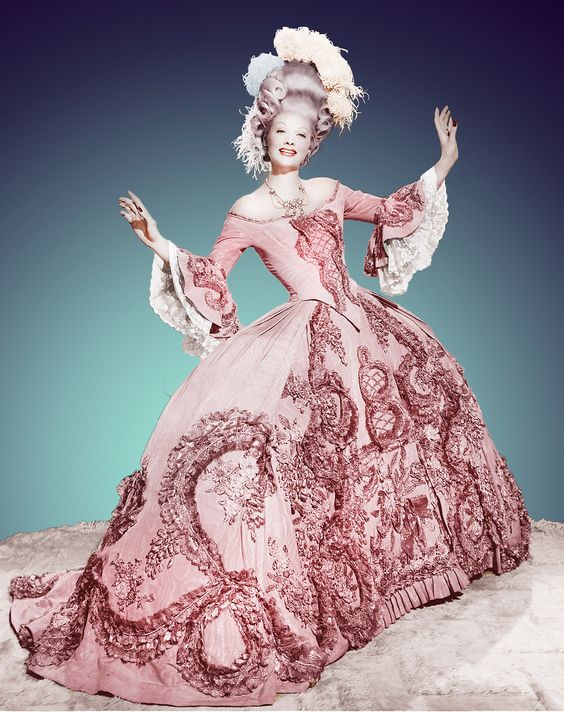 Colorized publicity shot for Du Barry Was a Lady; colorization by Olga 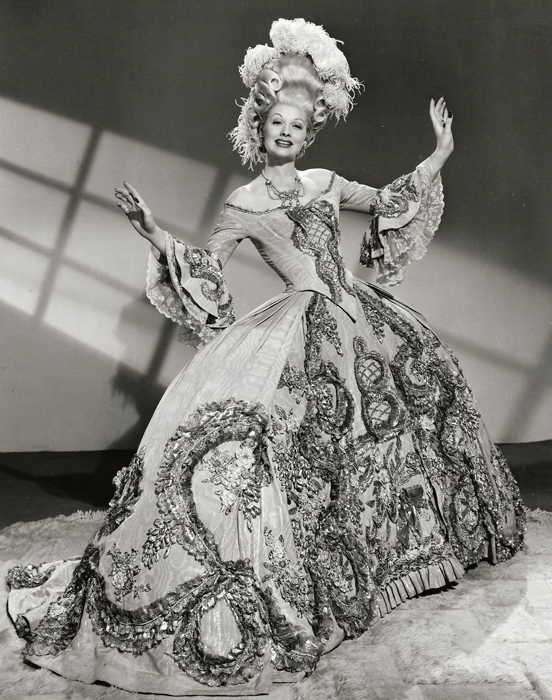 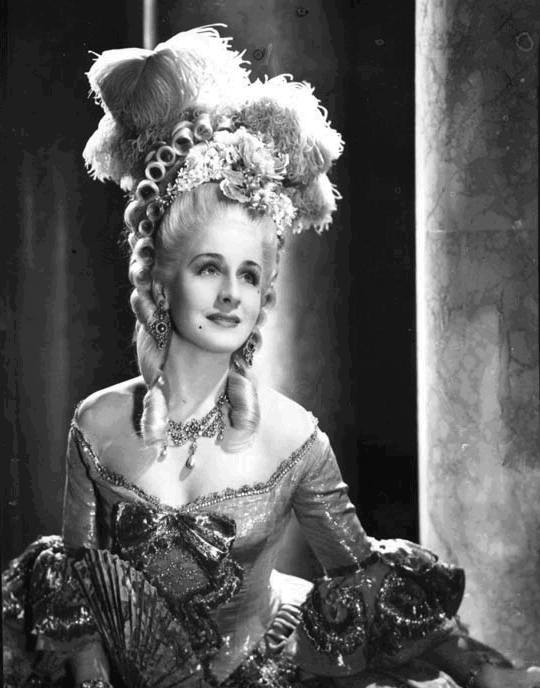 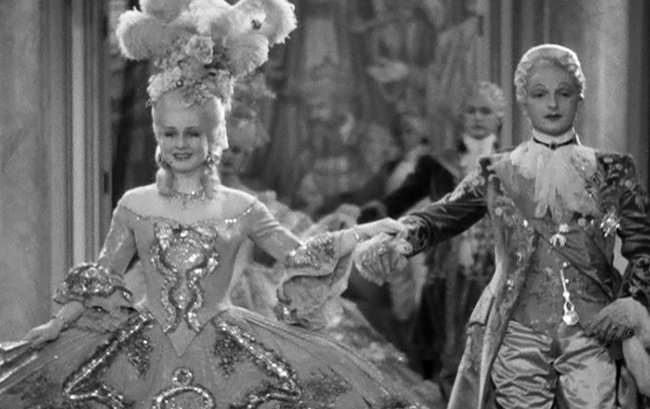 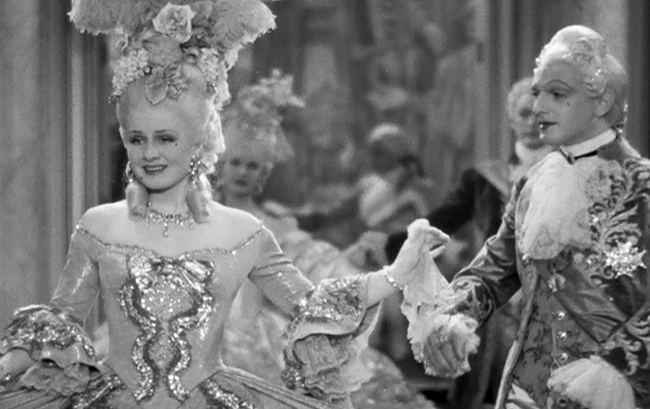 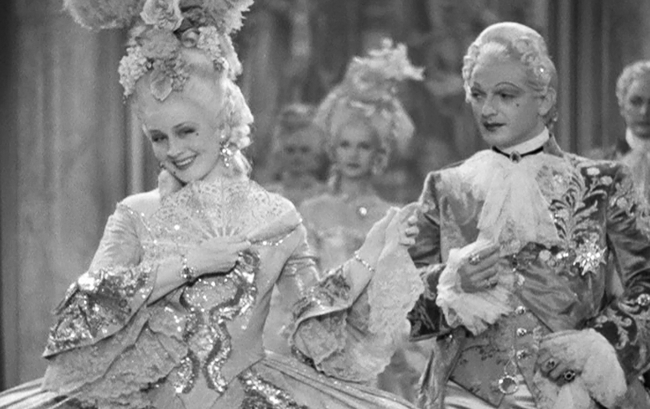