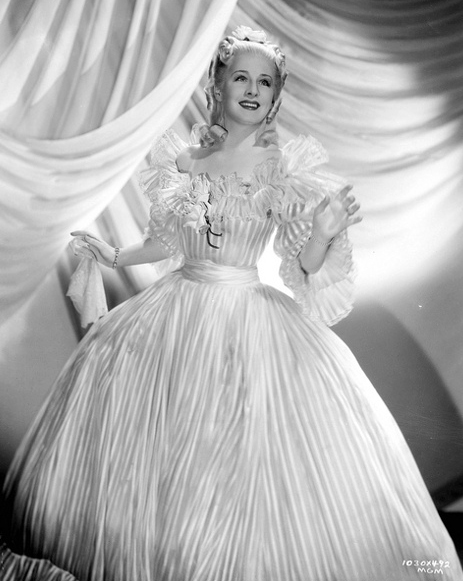 The "striped dauphine gown" is worn in the scene where Marie Antoinette is first visited by the duc d'Orleans, and where she and Louis-Auguste receive a snarky present from Madame du Barry.

The gown is notable for its style: although the scene is set sometime in the early 1770s, it is a chemise gown, which wasn't made popular until the 1780s. It is laid over wide panniers, which are more obvious in shots where Marie Antoinette pulls up one side of her skirt. The gown consists of white striped semi-sheer fabric trimmed with lace and a wide sash. The bodice is decorated with flowers, and Marie Antoinette wears a large matching flower on her head. The wide sash is tied into a bow in the back.

The color of the costume is white or perhaps slightly off-white; the semi-sheer striped fabric gives is a more off-white hue. The fabric appears similar to the material used in her Austrian night gown. The gown may have been worn in later MGM films, but this is unconfirmed.

Its current condition and whereabouts are unknown. 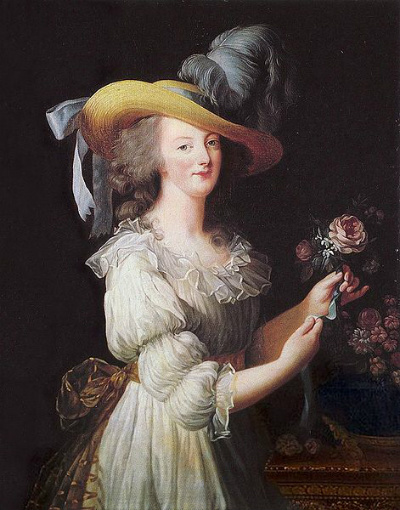 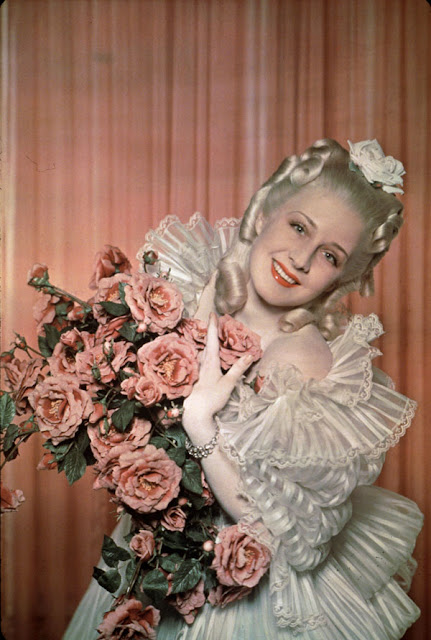 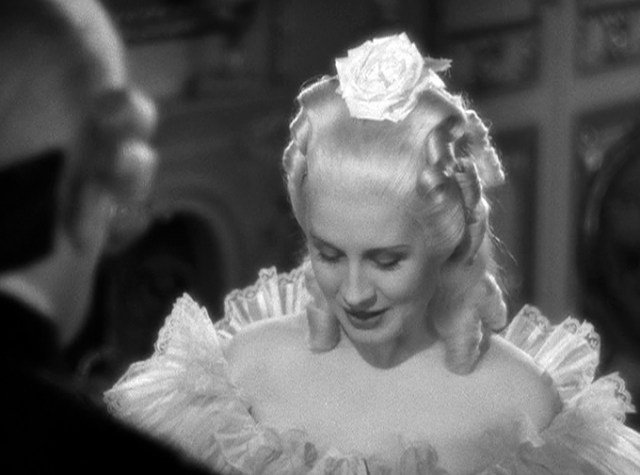 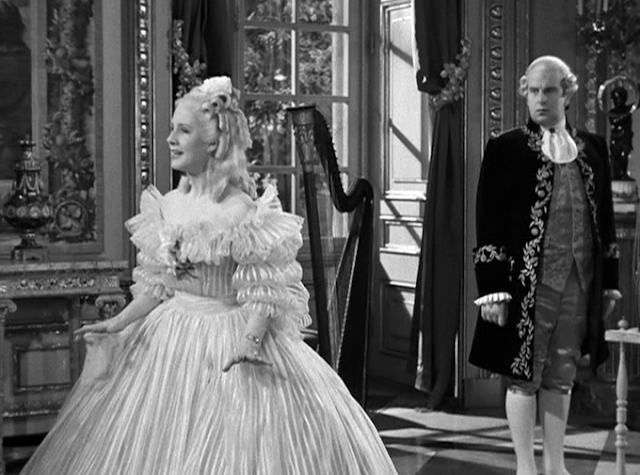 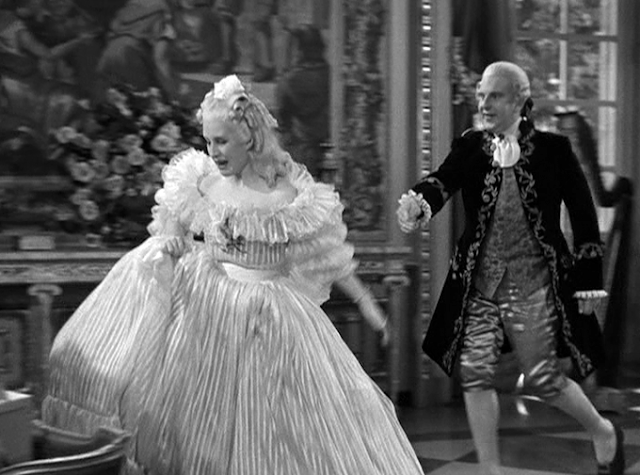 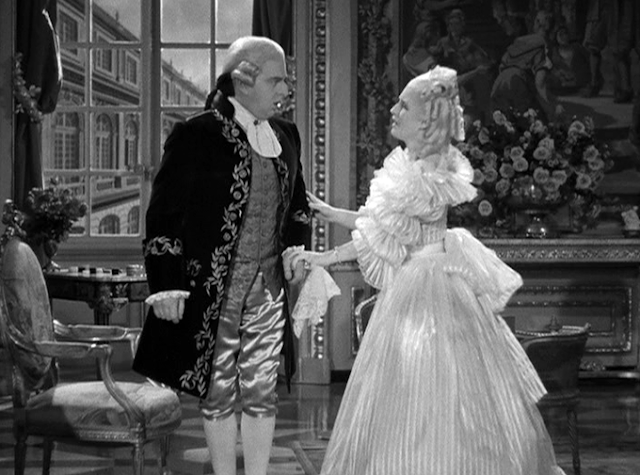 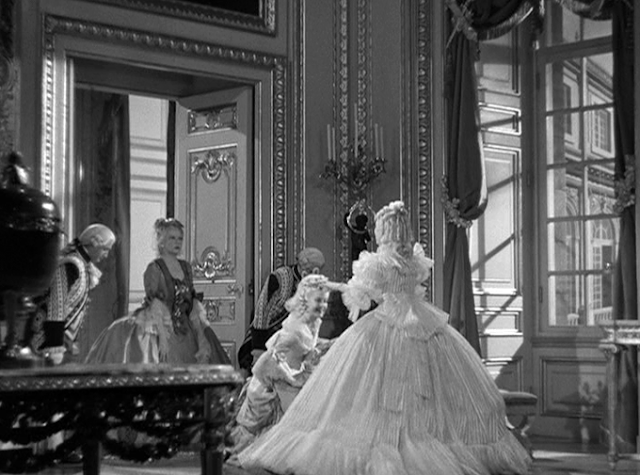