"Don't They Ever Get Tired of These Ridiculous Stories?" A Critical Look at Recent Claims about Marie Antoinette and Axel Fersen (Part 1) 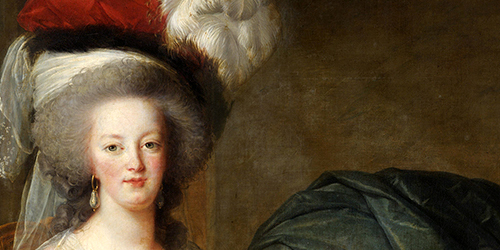 This will be the first part in a new series of posts discussing the onslaught of new claims which are being made about the nature of Marie Antoinette and Axel Fersen's relationship. Part 2 is here.

If you have been following any Marie Antoinette related news in the past 2 weeks, you have no doubt seen the dozens of articles claiming to reveal new "shocking," "torrid," "scandalous" details about Marie Antoinette's supposed affair with Axel Fersen.

These articles have spawned from statements made by Evelyn Farr for her new book, I Love You Madly: Marie-Antoinette and Count Fersen: The Secret Letters, which is set to be released later this year. Farr claims to have proven that they were lovers, to have proof that a physical affair existed between the two and, more than that, found "compelling evidence" that two of Marie Antoinette's children--Sophie and Louis-Charles--were actually fathered by Axel Fersen.

The inadequate standard of scholarship being used to promote these claims about Marie Antoinette is genuinely disheartening. So, let's take a closer look at what is being claimed and why the supposed proof used to support these claims does not hold up under a critical eye.

The main evidence (called compelling or damning depending on what website is reporting) that Farr has given news outlets 'proving' that Louis-Charles was fathered by Axel Fersen is a letter written by Quintin Craufurd to Prime Minister William Pitt and Lord Grenville, his Foreign Secretary. The letter, dated August 1791, reads thusly:

"I know him [Fersen] intimately, and think him a man of unquestionable honour and veracity. He is calm, resolute, and uncommonly discreet, without being reserved. This gentleman was Colonel of the Royal Suédois; was Her Most Christian Majesty's prime favourite; and is generally supposed to be the father of the present Dauphin."

Let's be clear: someone repeating gossip is not compelling evidence of anyone other than Louis XVI being the father of Louis-Charles. There is no other way to say this. There is a reason that historians are taught to develop a critical eye not only when gathering evidence, but interpreting it as well. You can find published works claiming Marie Antoinette poisoned her son Louis-Joseph--but when you use critical interpretation, you realize that you can't use those published works as evidence for a claim that Marie Antoinette deliberately made her son ill.

Farr is further quoted in The Daily Mail as saying "It [the claim about parentage] is not something you would write lightly," which reads as an attempt to strengthen the letter as key evidence in her claim.

Yet gossip about royalty, even scandalous gossip such a claim of illegitimate parentage, has never been off-limits, even when writing to someone in a position of political power. The letters written by comte de Mercy-Argenteau to Empress Maria Theresa are scattered with political and court gossip; after the birth of her first son Louis-Joseph, a Spanish diplomat passed along the rumors that the new dauphin was fathered by someone other than the king and copied down some malicious couplets (containing the quip 'Who the devil produced him?') which had made the rounds in Paris.

Craufurd, along with his lover Eleanore Sullivan, worked with Fersen on the plan to spirit the royal family out of Paris. There are many reasons why Craufurd might have chosen to include this bit of gossip in his letter, which would require more context to fully explore. Was Craufurd attempting to get British support for another escape attempt, with Fersen once again involved? His description of Fersen is not just glowingly positive, but asserts that Fersen has intimate ties with the royal family--not only does he have the complete trust of the queen as her favorite, he may be the dauphin's father. What better recommendation of Fersen's willingness to do anything it takes than that! But again, that is just one speculation without context. Another part of critical interpretation is asking yourself why the person wrote what they did and even how they did.

Yet even without context, it can't overstated: repeating rumors is not compelling evidence of anything, other than proving people in the 18th century gossiped as readily as we do today.

To my knowledge, Farr has yet to reveal the exact evidence she uses for this particular claim. But an article from Telegraph quotes her as saying: "From what the Duke of Dorchester insinuated to the Duchess of Devonshire, it was fairly obvious [Princess] Sophie was Fersen’s child." I can't imagine what insinuation from the Duke of Dorchester would make it "fairly obvious," but again we seem to be operating on a standard that equates gossip and rumor spreading with substantial evidence.

The problem with using gossip and rumors as evidence is--well, fairly obvious. Especially in the case of Marie Antoinette, whose reputation was plagued by rumors and gossip. If gossip is "proof" in the case of Fersen, why not others?

If someone writing that Fersen was "generally supposed" to be the father of the Dauphin is compelling evidence for that claim, then it only stands to reason that there is compelling evidence that Marie Antoinette and her brother-in-law, the comte d'Artois, were also having an affair. This bit of gossip was so perpetuated that Madame Campan herself takes a moment to dispel it in her memoirs decades later! But you would be hard pressed to find a historian willing to footnote that gossip as main evidence an affair occurred.

When you apply even a slightly critical eye to these supposedly "compelling" and "main" pieces of evidence, they fall apart.

Coming up in Part 2, I'll be taking a look at "I love you madly" and other expressions that are being used as proof of the two being lovers with a physical relationship.