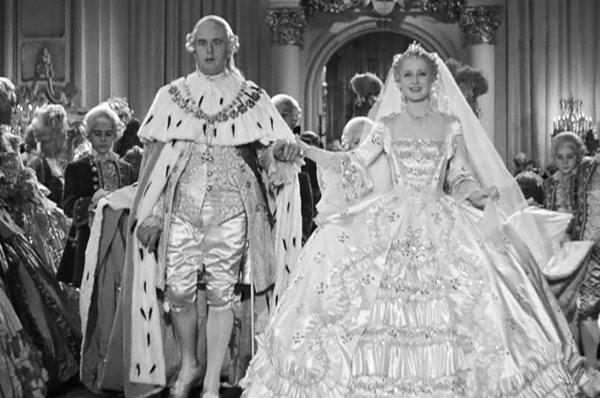 The wedding gown for Marie Antoinettte in the film was so sumptuous that it prompted famous fashion columnist and editor Diana Vreeland to say: "Hollywood has the most expensive couture in the world. The details, the workmanship, are second to none."

The wedding gown is the heaviest costume in the film, weighing an estimated 108 lbs. The wedding gown was made with more than 500 yards of satin; thousands of seed pearls were hand sewn into the dress, along with hand-embroidered flowers, ribbons and other designs. The dress's long train was also hand-embroidered. Marie Antoinette wears a tiara with dripping pearls, aecklace with alternating pearls and diamond and pearl earrings with the costume.

The exact color of the dress is technically unknown, however it was made with white satin and silver thread for some of the embroidery, so the dress is likely white with silver (and other colors) used for the various embellishments. It may have been reused in other MGM films from the late 30s, 40s and 50s, but this is unconfirmed. 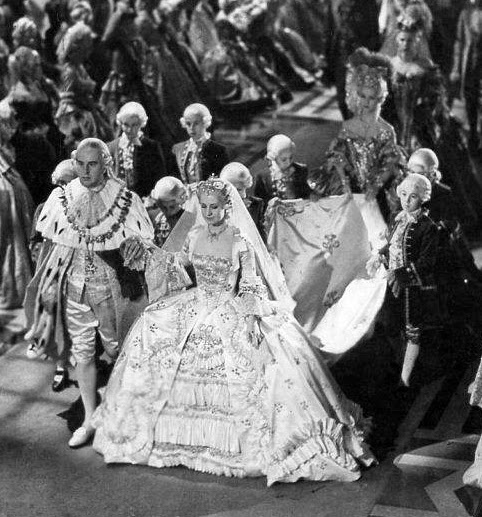 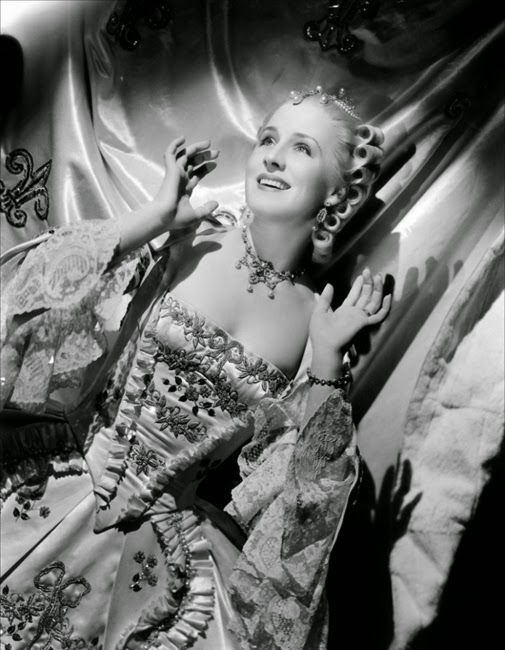 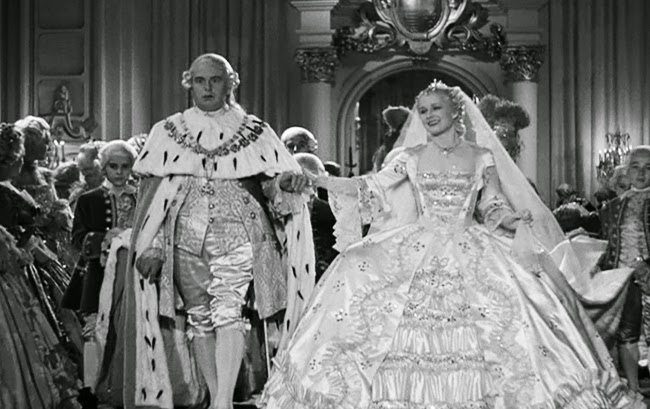 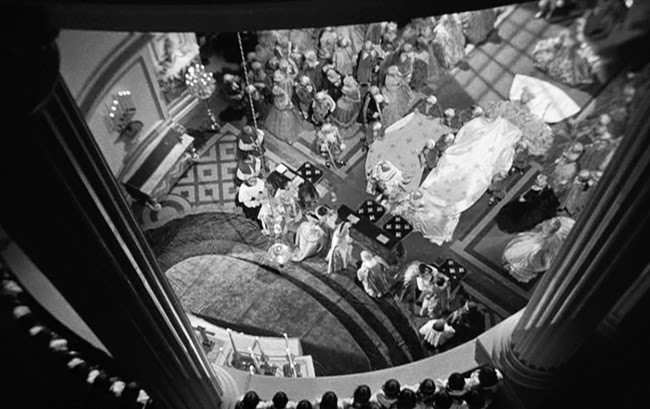 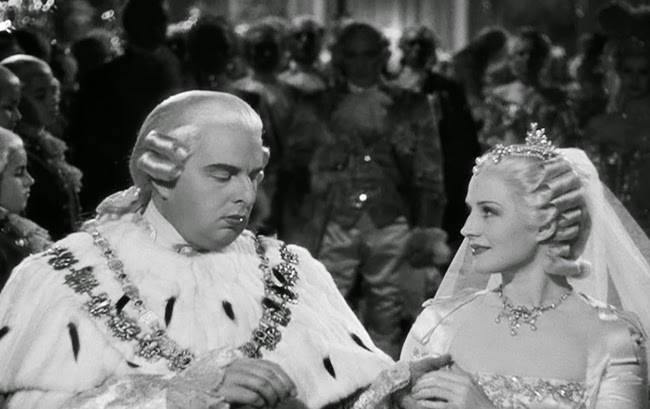 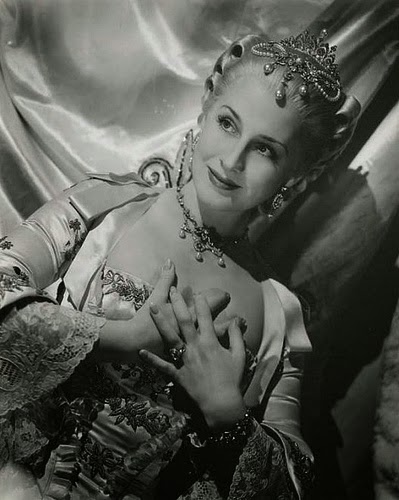