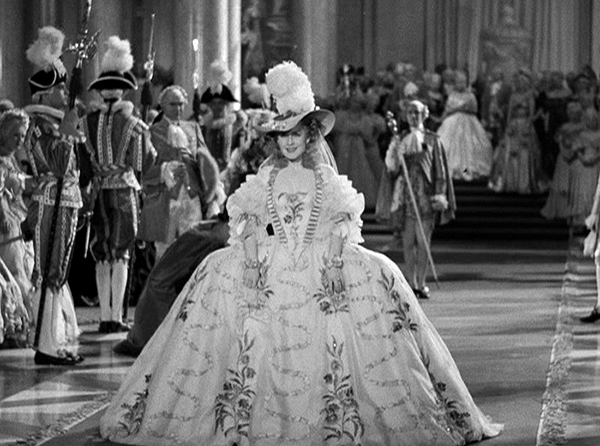 According to the notes on the concept design for the dress, the "arrival gown" is pink organdy with blue ribbons and flower embellishments.

The dress may have been re-used in the ensemble scenes from Two Sisters From Boston, Scaramouche, Ice Follies of 1939, The Fighting Guardsman and Du Barry Was a Lady. However, no clear shots of the dress exist in these films. 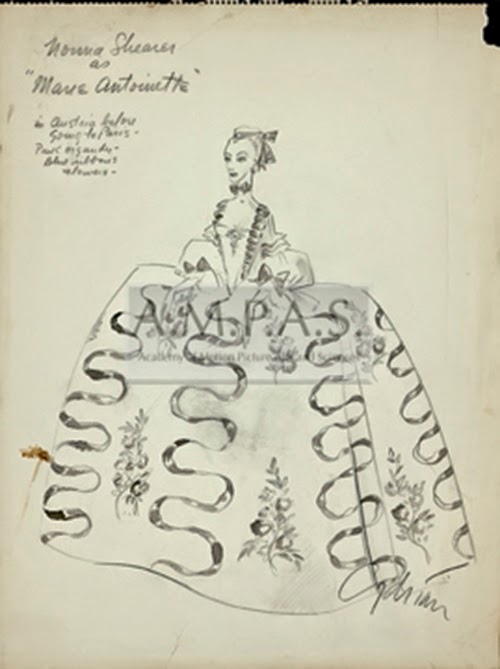 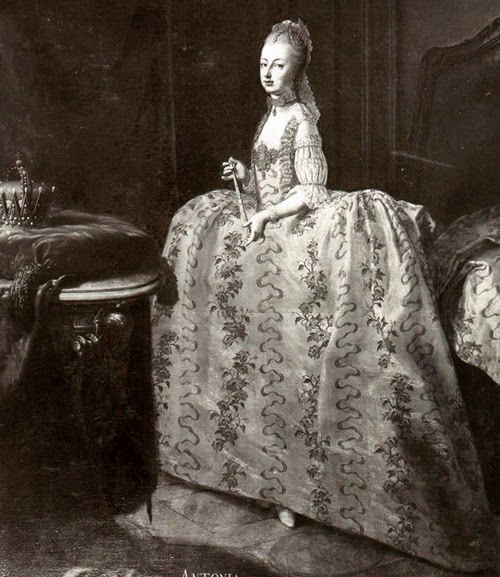 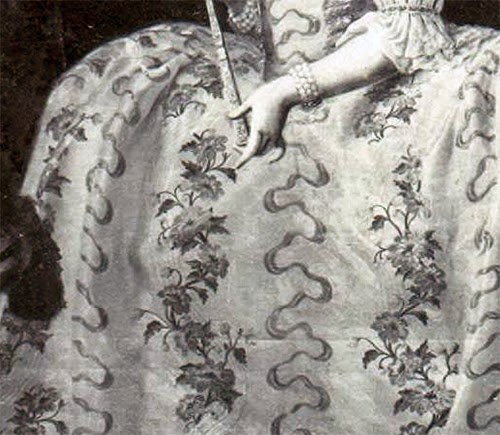 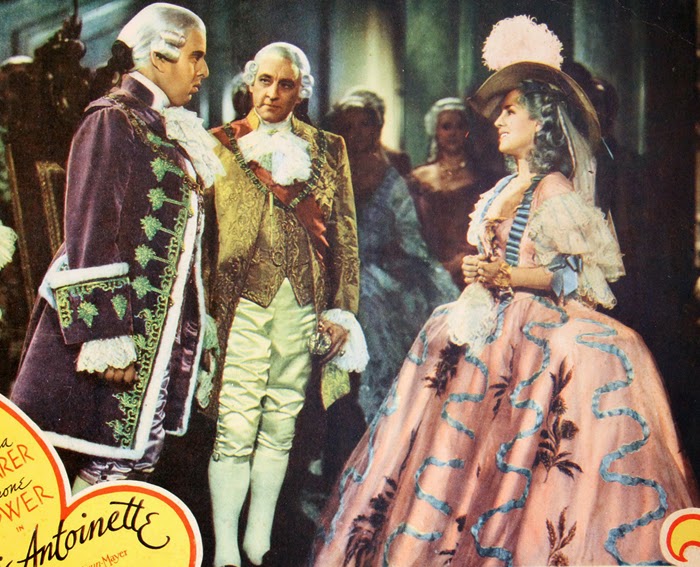 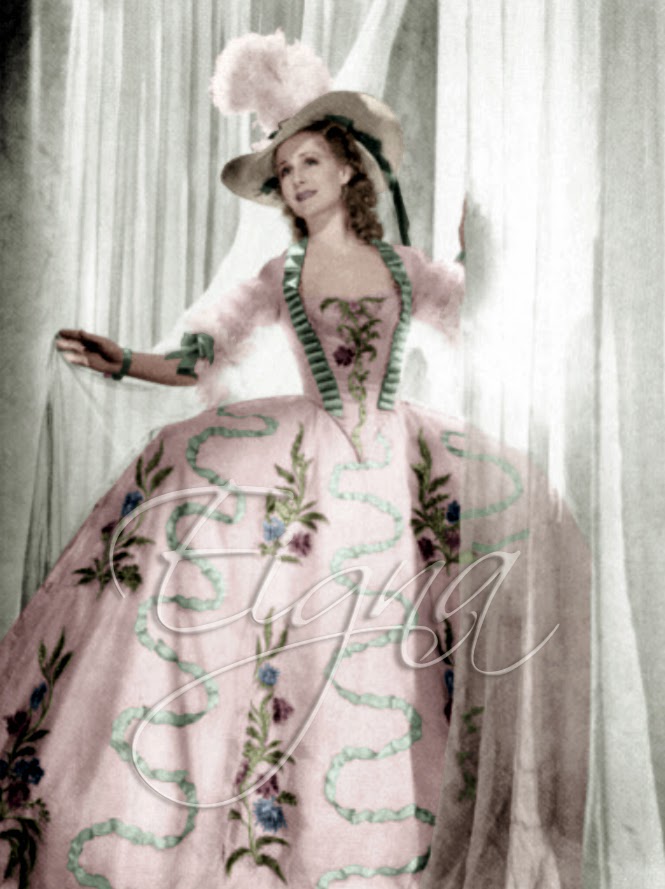 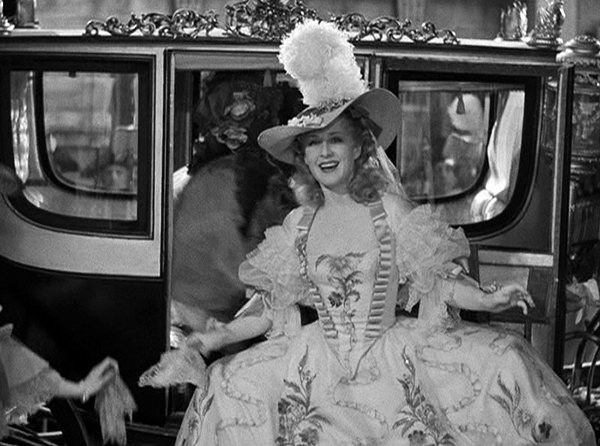 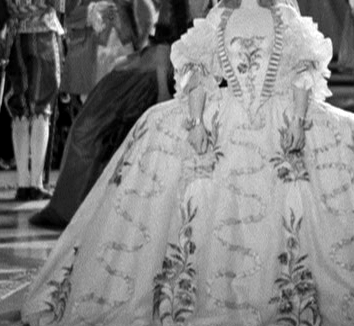 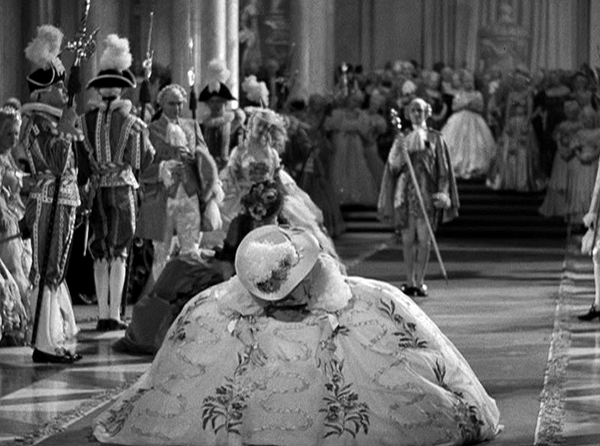 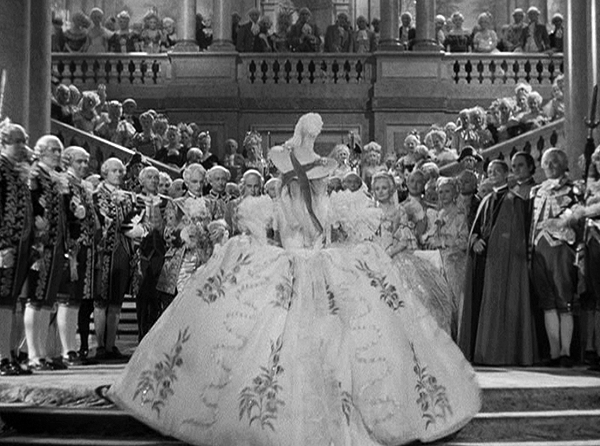 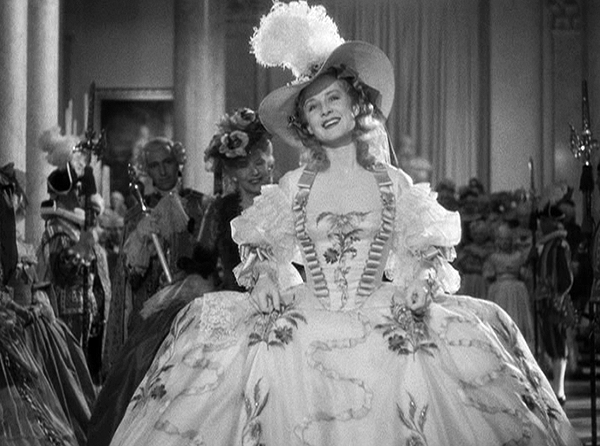