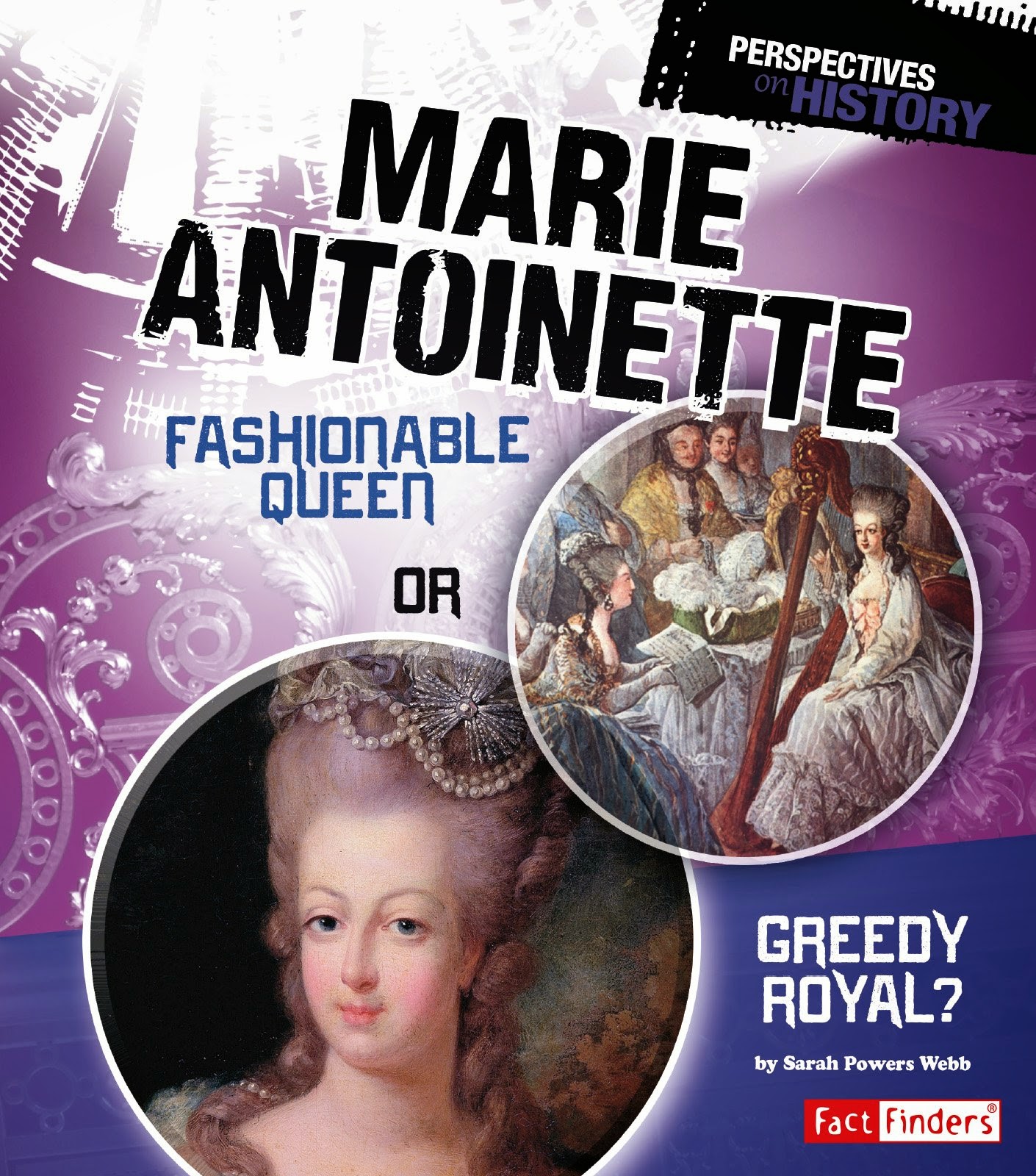 Perspectives on History is a non-fiction children's book series about famous but polarizing historical figures. The current series includes figures such as Cleopatra, Christopher Columbus and Marie Antoinette.

The 'Marie Antoinette' entry in the series (Marie Antoinette: Fashionable Queen or Greedy Royal?) was written by Sarah Powers Webb. The book begins with a short description of Marie Antoinette's last morning, leading to the book's premise: "Who was Marie Antoinette? Some said she was a criminal who deserved to die. Others claimed she was just a victim of politics. What events led the queen to her death?"

The aim of the Perspectives on History series is to help younger readers understand how different perspectives in history can result in a very different 'story' being told; it can also help children develop skills in considering different viewpoints when thinking or writing about history.

'Fashionable Queen or Greedy Royal?' examines Marie Antoinette's story from multiple angles to provide readers with a broader sense of who she was--or wasn't. In doing so, the book provides different viewpoints for some of the more significant aspects of her life, such as spending and her public image in France. For example, when discussing Marie Antoinette's extensive spending, the book points out that she spent lavishly on clothing and entertaining, while many struggled for basic necessities due to France's declining economy--but that court etiquette required much of this spending, and that her spending was not the real source of France's financial trouble. When discussing her frequent retreats to the Petit Trianon, the book points out that the Trianon was her personal retreat from the intense stress of court--but that such behavior was not considered appropriate for a queen of France by both commoners and nobles, who felt that she was hiding something, which in turn became fodder for exaggerated libelles. 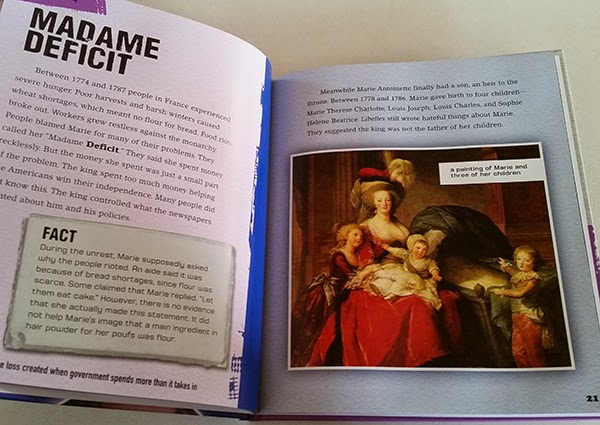 The book does a good job with presenting decades of history in a short format, supplemented by paintings and engravings; the book is written clearly enough that target readers should have no trouble following the narrative.  In addition to the regular narrative, the book includes various asides with additional information about her life and times. It can be difficult for books written for children to cover an entire life or extensive event in a short and simple way, but for the most part the book works as a good starting point for younger readers.

Sometimes, however, I felt that the book didn't provide quite enough historical context for its target audience. For example, in the book's narrative, the fall of the Bastille (and thus the beginning of the revolution) is described as being the result of the people no longer being able to contain their anger, due to the declining economy that made jobs--and thus, food--scarce. The political aspects of the event (the Estates General, Necker, etc) are not mentioned. It may be that the short format of the books didn't allow for a description of the political climate in France at the time, but even a short aside about the Estates General would have helped in this case.

I do think the premise of the book (and the series) is a worthwhile one, especially since developing an understanding of historical perspectives and how to create opinions based on multiple perspectives is a skill that children will need for their later school years. I would recommend the book for younger readers, especially supplemented with additional material on the French Revolution.

[A copy of this book was provided to me by the publisher upon my request]
Posted by Anna Gibson at 11:19:00 PM