'Meek child of sorrow': Consolatory Verses for the Duchesse d'Angouleme 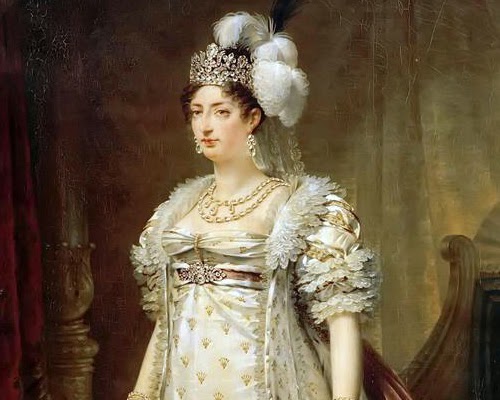 Sir Herbert Croft (1 November 1751 - 26 April 1816) was an English-born author who was best known for his proposed English dictionary and his popular novel, 'Love and Madness, a Story too true, in a series of letters between Parties whose names could perhaps be mentioned were they less known or less lamented.' Although Croft's proposed dictionary never got off the ground, his novel--which many people thought was a real collection of letters--was fairly successful.

In 1814, Croft composed and published the following 'Consolotary verses' to Madame, the ducehsse d'Angouleme, who had been newly restored to France with the rest of her family. The verses were published after May 30th, 1814, the signing of the Treaty of Paris. Croft dedicated these verses to George III, the prince regent of England, as a "small mark of gratitude for the favours conferred ... through a long series of year.' What these favours are, exactly, is unknown.

The complete versions can be read for free on Google Books. I've transcribed a small excerpt below.


Meek child of sorrow, whose still-wearied eyes
Stream over such unusual miseries!
Lov'd, royal Lady, whom, we, all, confess
Virtue has mark'd, ev'n more than wretchedness!
I don't deny the sources of your grief;
But let a stranger try to lend relief.
Stranger! yet Hartwell's bow'rs and allies know
You do not term the British muses so.

'Twas there the muse of Young consol'd your mind;
And made it, if more sad, still more resign'd:
There Thomson prov'd how each kind season fills
The world with charms, that balance life's worst ills:
There Rogers taught your tender soul to see
The pleasures, sadly sweet, of memory;
Which, sometimes, in a visionary trance,
Hurried your rapt thoughts back to your lov'd France.

You're, now, come back to your lov'd country; brought
by God himself, and not in airy thought.
Much-injur'd victim! may, on this blest day,
Oblivion's waters wash all tears away!
But that I know forgiveness is the tie
Which to their France binds all your family;
I'd speak of the fond words Religion lent
To France's martyr, in his testament.
He charg'd the seventeenth Lewis to "forgive,
"If they should let the royal infant live;
"If he should ever be condemn'd to drain
"The cup of human misery, and reign."
See who consents to fill that infant's throne,
Of which the cares and miseries are known;
Throne, stain'd with so much blood, so many years,
But wash'd, at least, with a whole nation's tears.

Forgive! Yes, he and every Bourbon do:
Oh! that you could forget, sad daughter, too!
Forgive! Yes, exil'd; years and years ago,
You, all, forgave each author of your woe.
Two brothers, yes and you, forgiving maid,
For France, each weeping night and morning, pray'd.
Yes, you evne pray'd that they might pardon'd be,
Who murder'd more than half your family.