A satirical print against Louis XVIII: 'The Terrible Burden.' 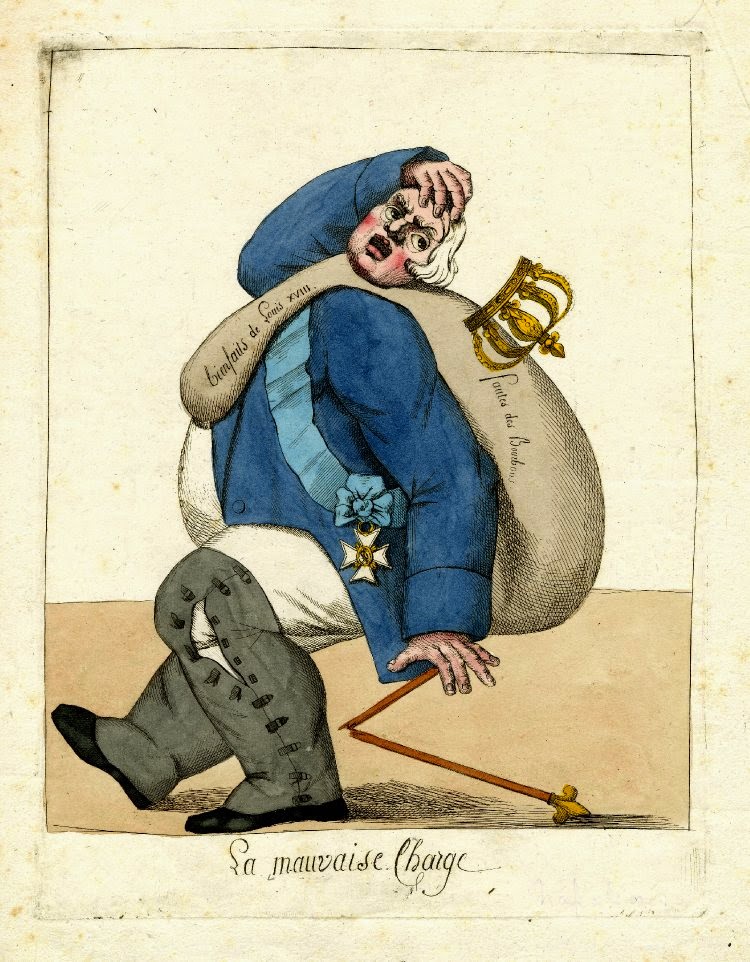 [credit: © The Trustees of the British Museum]

The above satirical print depicts Louis XVIII falling under the weight of a large double-labeled sack. The back half of the sack is labeled "the mistakes/faults of the Bourbons," while the much lighter front half is labeled "benefits of Louis XVIII."

The print was released in May of 1815, during the 'Hundred Days' of Napoleon's return to French rule.