Upcoming Release: Faces of the Dead by Suzanne Weyn

There's an intriguing historical fiction book coming out from Scholastic Press at the end of this coming August featuring Marie Thérèse as the protagonist! 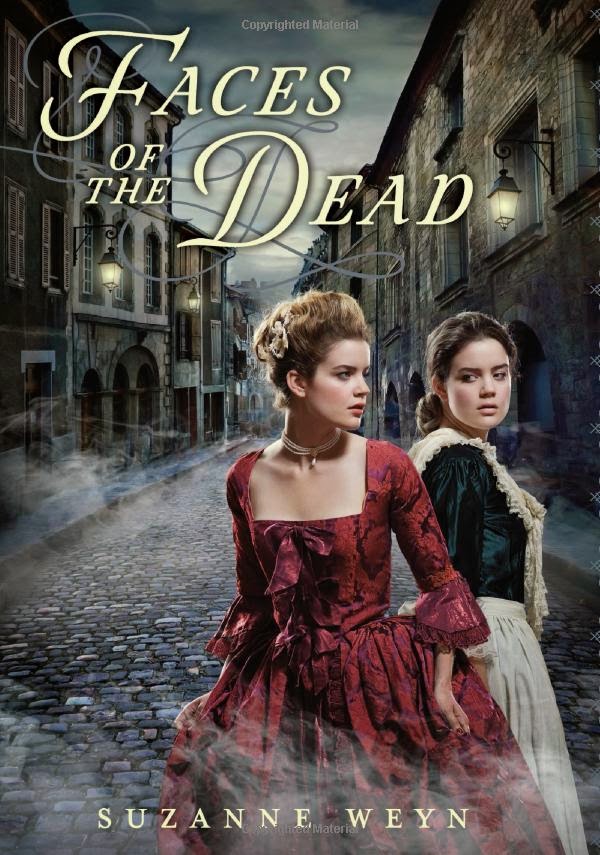 When Marie-Thérèse Charlotte of France learns of the powerful rebellion sweeping her country, the sheltered princess is determined to see the revolution for herself. Switching places with a chambermaid, the princess sneaks out of the safety of the royal palace and into the heart of a city in strife.

Soon the princess is brushing shoulders with revolutionaries and activists. One boy in particular, Henri, befriends her and has her questioning the only life she’s known. When the princess returns to the palace one night to find an angry mob storming its walls, she’s forced into hiding in Paris. Henri brings her to the workshop of one Mademoiselle Grosholtz, whose wax figures seem to bring the famous back from the dead, and who looks at Marie-Thérèse as if she can see all of her secrets. There, the princess quickly discovers there’s much more to the outside world - and to the mysterious woman’s wax figures - than meets the eye.

I'm not sure how the Madame Tussaud mystery will play out, especially since the book isn't too long, but the premise of the "royal switch" sounds interesting!