The Seperation of the Dauphin from Marie Antoinette by Princess Alice, Grand Duchess of Hesse & by Rhine

A composition of the terrible scene of July 3rd, 1793, when the young Louis Charles was separated from his mother and his family. This piece was completed in 1858 by Princess Alice, the second daughter of Queen Victoria. 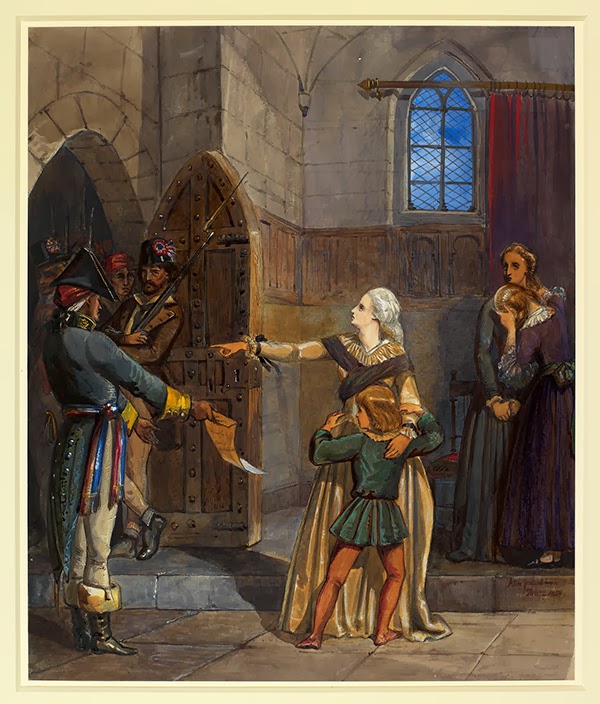 On the 3d of July, they read us a decree of the Convention ordering that my brother be separated from us and lodged in a more secure room in the Tower. Hardly had he heard it when he flung himself into his mother's arms uttering loud cries, and imploring not to be parted from her. My mother, on her side, was struck down by the cruel order; she would not give up her son, and defended, against the municipals, the bed on which she placed him. They, absolutely determined to have him, threatened to employ violence and to call up the guard. My mother told them they would [Page 267]  have to kill her before they could tear her child from her. An hour passed in resistance on her part, in threats and insults from the municipals, in tears and efforts from all of us. At last they threatened my mother so positively to kill him and us also that she had to yield for love of us.