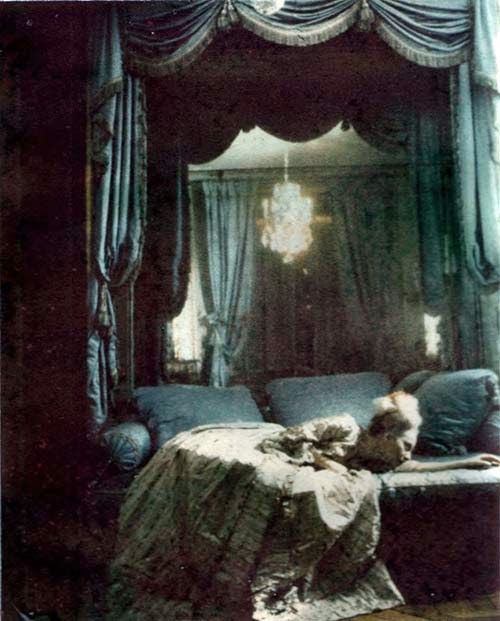 '"I wanted to convey that all those lives sort of went down the drain." Deborah Turbeville's Unseen Versailles, published in book format in 1981, strives to capture a sort of lost, ghostly memory of Versailles. Instead of seeking to recreate Versailles in its former glory--in fact, Turbeville was dismayed to find that the palace had been largely restored when she arrived to begin her work--Unseen Versailles is a peek at the past "buried in the walls" of the palace. 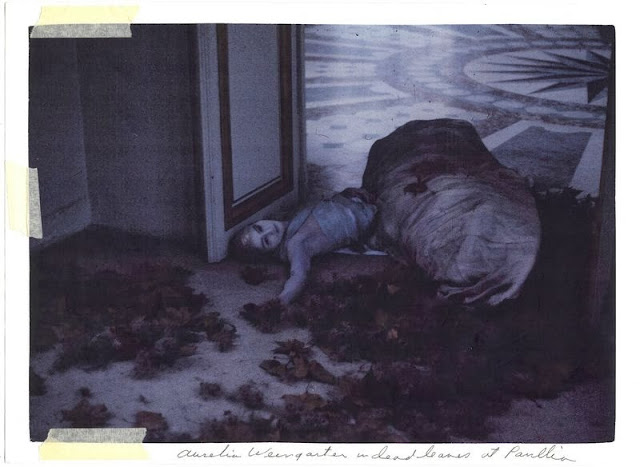 To achieve this affect, Turbeville photographed the palace in January, when furniture and statues were covered for protection.. She also had dead leaves and other debris brought into the rooms, adding to the sense of the forgotten or untended--which horrified the keepers of the palace, who had actually wanted Turbeville to photograph the rooms looking their best. (It's probably a good thing she decided against her idea of sneaking in a spiderweb machine!) 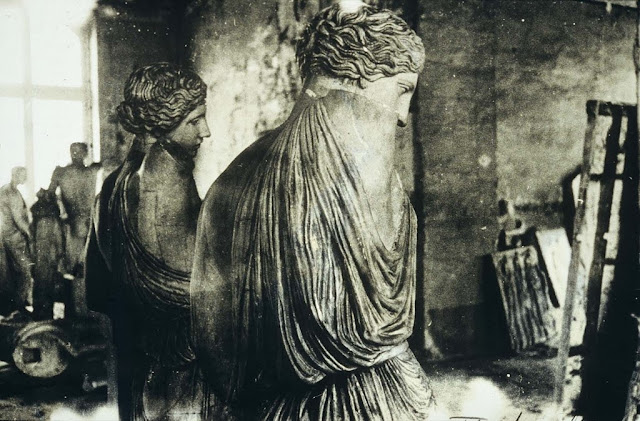 The end result of all this work, though it apparently left the keepers of Versailles aghast, is a  haunting Versailles photobook unlike any other. Unfortunately, the book is out of print and has a steep price on the secondhand market. But if you are interested in a "Versailles photobook" that is absolutely unique, I highly recommend looking for a more reasonably priced used copy or checking out the book from a library collection.
Posted by Anna Gibson at 10:00:00 PM