Aglaé Louise Françoise Gabrielle de Polignac (7 May 1768 - 30 March 1803) was the first child and only daughter of Yolande Martine Gabrielle de Polastron and Jules de Polignac. In 1780, she was married to the Antoine Louis Marie de Gramont, duc de Guiche. They had three children.

In 1784, the talented Elisabeth Vigee-Lebrun painted the 16 year old Aglaé in a simple, pastoral dress that was popularized in the 1780s by the rise of country and hamlet inspired fashions. 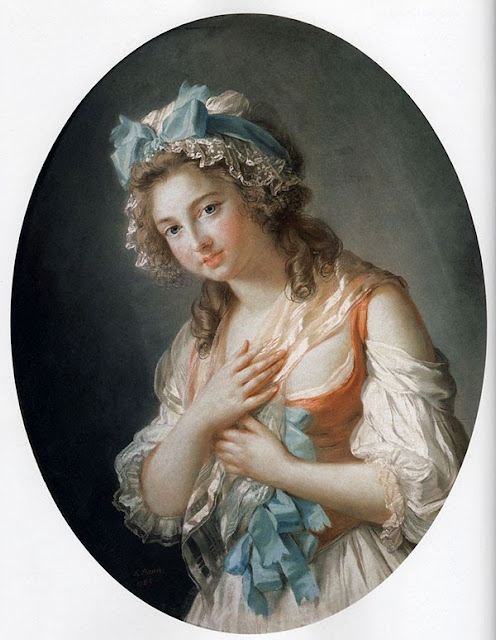 The artist would again paint the beautiful duchesse de Guiche, this time in 1794, now 26. In her memoirs, Lebrun wrote that the duchesse's "lovely face had not changed in the least," despite the misfortune which had befallen her family after 1789. 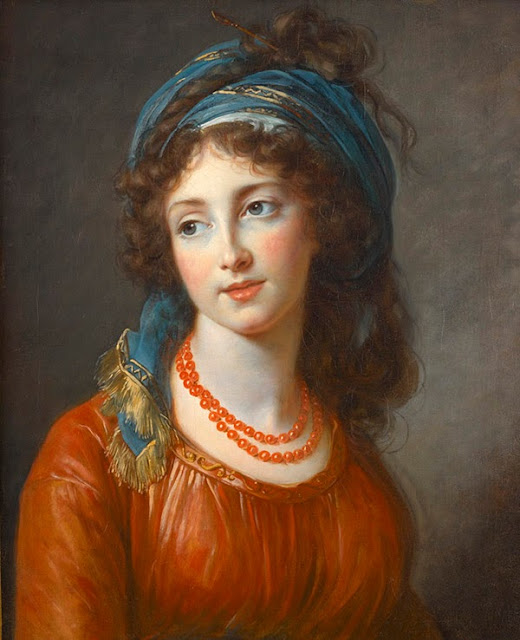