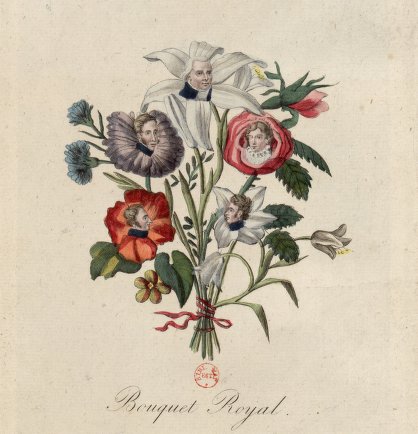 When I saw this unique engraving, my mind went at once to the painting which was presented Marie Antoinette when she was a young dauphine, which depicted her as the center of a rose among a bouquet of flowers.

This engraving, published in 1815, puts the returning Bourbons at the center of a 'royal bouquet.' I find it interesting that the duchesse d'Angouleme is placed in the second tier of flowers, just below the right hand side of Louis XVII and on the same level as as the comte d'Artois--who was now heir presumptive. Perhaps the engraving, which was no doubt created to promote joy in return of the Bourbon monarchy, was intending to capitalize on the memory of the French. They would remember their "princess in the tower," daughter of the last king and queen, much more than her two cousins. 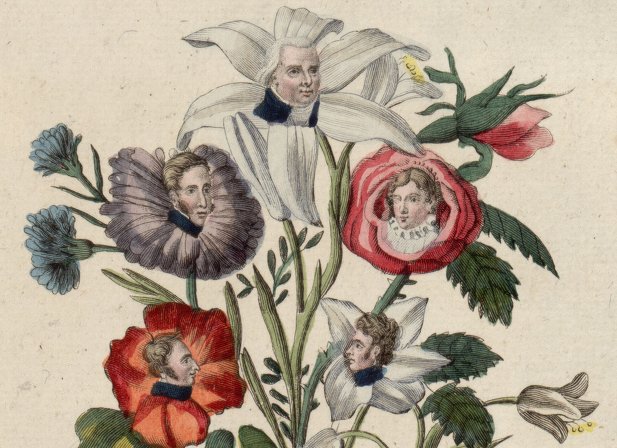 Can any flower aficionados identity the flowers being used in this unique engraving?
Posted by Anna Gibson at 10:00:00 PM