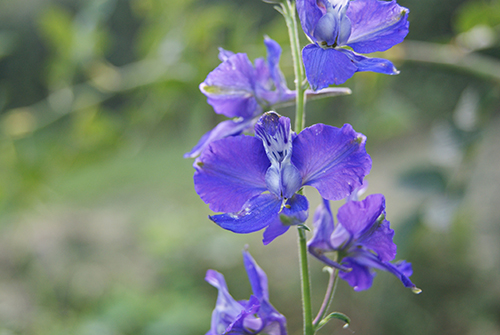 One of the flowers that found its place in the world of Marie Antoinette was Delphinium ajacis (or Consolida ajacis). Delphinium ajacis is a native European flower commonly known in English as rocket larkspur. In 18th century France, it was known by charming names such as Delphinette, Pied d'Alouette, Eperon de Chevalier and Consoude royale, among others. Delphinette, the term typically used in France, for was originally derived from the Latin term for dolphin (delphin) which was a reference to the unique shape of the flower's buds. 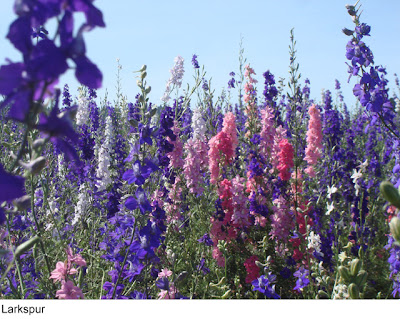 Red, pink, white and blue variations were the most commonly cultivated colors in the 18th century; blue was highly favored for ornamental bouquets and gardens. Double-bloomed blue "delphinettes" were the most highly prized due to their color and unique appearance.

But Delphinette was not only used to beautify gardens and boudoirs. The plant, though toxic, was once believed to have curative properties. Distilled mixtures of Delphinette, made from its flowers boiled in rose water, were used as eye drops that were believed to treat conjunctivitis and inflammations. It was even used to treat kidney stones! 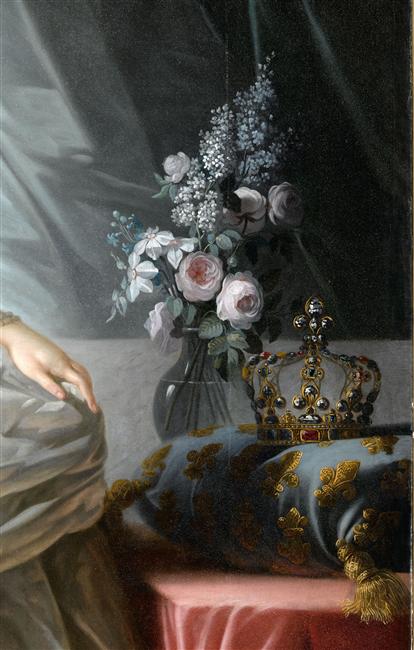 The flower was particularly favored by Marie Antoinette. It was specially planted in the French Garden, just to the west of Versailles. Delphinette is also featured in several of her portraits, including a formal court portrait by Vigée-Lebrun, where sprigs of the flower can be seen in a bouquet along with lilies, roses and narcissi. 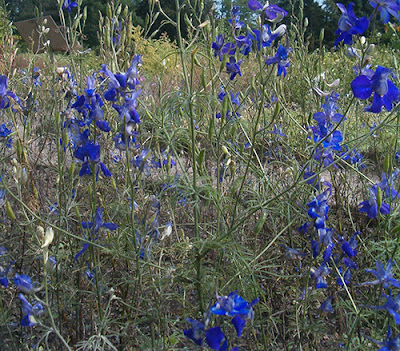 The Delphinette, or rocket larkspur, is just one of the many flowers and plants to uncover in the upcoming publication, From Marie Antoinette's Garden by Elisabeth de Feydeu, set for publication on September 3rd, 2013.