A new cover for Marie Antoinette: Princess of Versailles by Kathryn Lasky 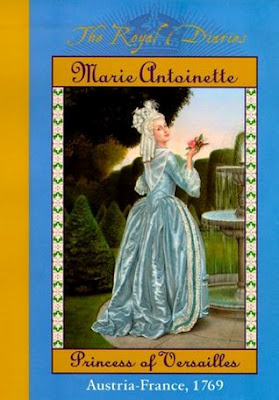 Marie Antoinette: Princess of Versailles by Kathryn Lasky, part of Scholastic's The Royal Diaries series, is easily one of the most frequently named "gateway novels" that leads someone into an interest in Marie Antoinette, the French Revolution, or even an overall interest in history! It comes as no surprise that the book has been included in at least two of Scholastic's international "diary book" series, such as England's My Royal Story and the French Mon Histoire. 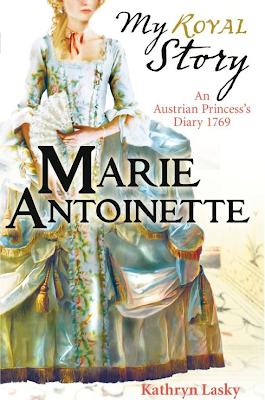 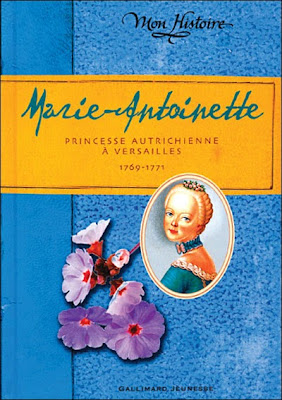 The newest 'version' of Lasky's popular historical novel is due to be released in the November of this year. Scholastic recently revived their beloved Dear America series with a new look and new books--although I've yet to see any indication that there will be new Royal Diaries books anytime soon, maybe this new release will at least put the idea on the table! 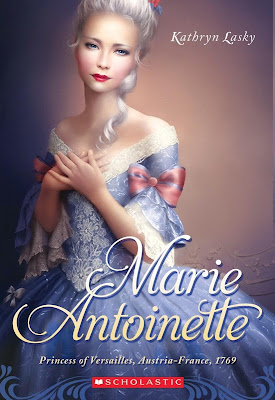 And here is the new cover, fresh from Amazon.com. What do you think? Personally, I love everything but her face... it looks too flat--almost featureless, at least to me. I do love the designs on the bottom of the image, because they give the new cover a 'royal' look without necessarily going for all the pomp and circumstance of the original series' covers. Of course, all that pomp and circumstance is what made the books stand out on the shelves for me... but we'll see how this new edition holds up once it's released!