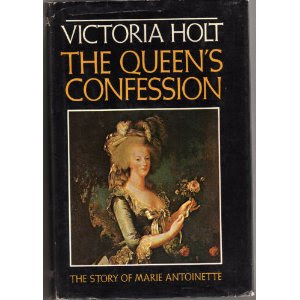 One of my favorite things about a book, besides the content of course, is the cover!

I'm a bit of a book cover addict, so I love looking up all the various covers of books. Today I'll be posting a visual comparison between some of the book covers for Victoria Holt's novel The Queen's Confession. The Queen's Confession, written by Eleanor Hibbert under one of her many pseudonyms, is a fictional Marie Antoinette autobiography. It was initially published in 1968, and has been republished several times throughout the years.

I've yet to read this novel, but when searching for covers, I did find a surprising amount of romantic pictures - I can only assume that they're meant to represent Axel Fersen!

Here are the romantic covers I've found during my searches. 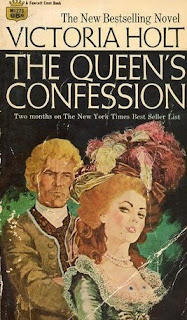 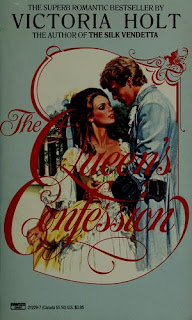 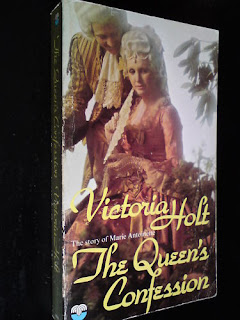 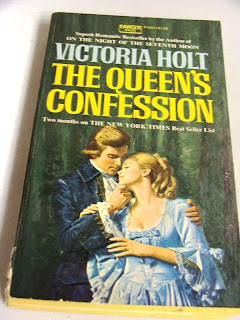 I especially like the second to the last cover, which is reminiscent of the Norma Shearer inspired covers that popped up in the late 1930s and 40s after the MGM film was released. The second and last cover look like straight-up bodice rippers, though!

Although the romantic cover angle is popular, a few covers make use (for better or worse!) of original images of the queen. 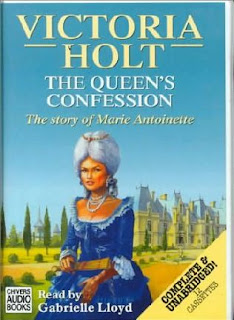 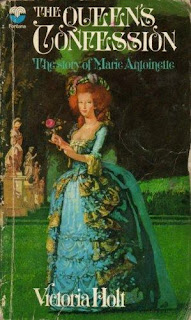 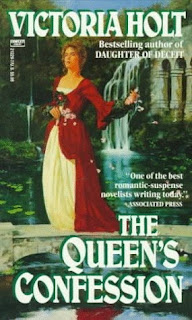 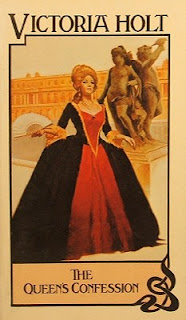 The second cover is my favorite of this set, mainly because it's the only cover that really looks like Marie Antoinette. Her hair appears underpowered, and the dress is a little strange, but I enjoy the quirky color combination and the pose obviously inspired by the Lebrun painting. The rest of the covers fall into the typical traps of generic clothing or strange faces that bear little to no resemblance to the queen.

One thing I do love about older books about Marie Antoinette, particularly fiction books, is their tendency to use original art and photography rather than the stock photos of her famous portraits. The Queen's Confession is definitely a good example of this, although most of the original covers are definitely pushing the romance angle. The 1968 hardcover copy, pictured at the top of this article, is the odd exception.

Most of the later editions of The Queen's Confession also seem to stick to her portraits, which to me is such a shame. But at least we have all these previous editions to enjoy!
Posted by Anna Gibson at 6:23:00 PM