MGM's lavish biopic was regrettably not filmed in technicolor (plans for technicolor were scrapped when the budget ran too high) but glimpses of the film's costumes and stars in color can be found in some existing color photographs, including the following photo of Norma Shearer in her "masquerade costume," courtesy of Gordon Anderson. Enjoy! 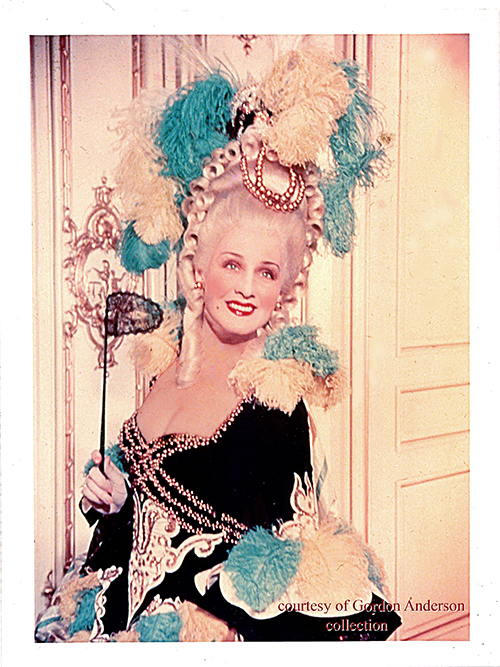 [credit: courtesy of the Gordon Anderson collection]
Posted by Anna Gibson at 10:44:00 PM